We have an amazing team of caring and compassionate medical professionals for you to meet on your visit. 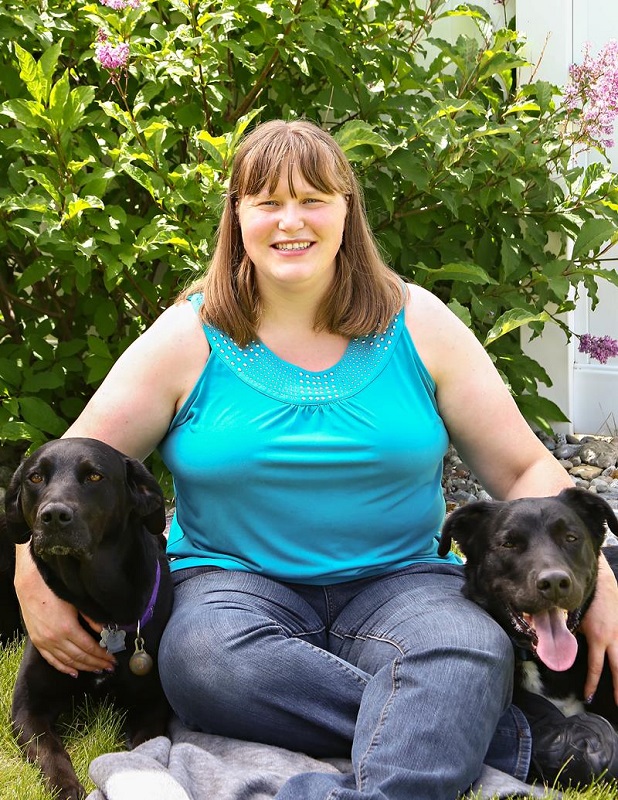 with Indy and Duke

Dr McGraw was born and raised on a small ranch near Sandpoint, Idaho. She went to the University of Idaho where she met her loving husband Justin McGraw in 2005. Then she went to Washington State University and graduated with her Doctorate of Veterinary Medicine in 2010. She has practiced at several clinics in North Idaho and Eastern Washington since then including Fry Creek Animal Clinic, Kellogg Pet Medical Center and Spokane Valley Animal Hospital. In September 2016 she finally achieved her dream of clinic ownership when she purchased Lake City Pet Hospital. She devotes her life and her love to her husband, four cats, two dogs, many tropical fish and to caring for all the pets and pet parents she meets at Lake City Pet Hospital. 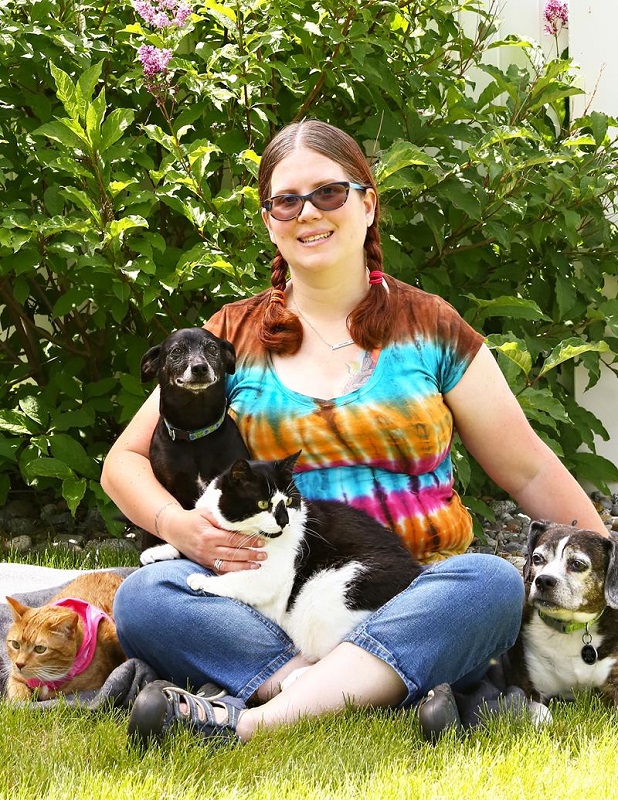 with Waffles, Ninja, Squishy, and Zero

Brittany was a born pet-lover and had a particular interest in cats from a young age. She began working in the veterinary field at age 16 and has now gathered over 20 years of experience including day practice, shelter medicine, spay/neuter, and emergency medicine. Brittany was excited to take on the role of Practice Manager to help LCPH run smoothly behind the scenes. Her hobbies include being a major Harry Potter nerd, binge-watching shows on Netflix, coordinating youth hockey tournaments, and waking up super early on weekends to drive her son to hockey games. She lives in a small town in Washington with her awesome husband, amazing son, and her 8 cats, 2 dogs, 2 turkeys, 5 bunnies, a guinea pig, and a turtle. 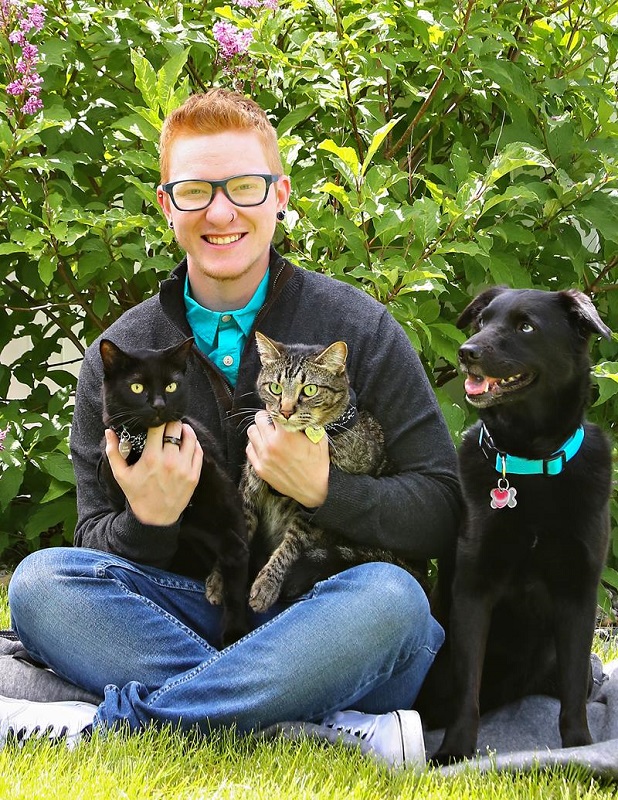 with Harlee, Riglee, and Ryder

Bentlee has always had a special place in his heart for animals. As a child, he had a dog and hasn’t been without a pet since. He grew up in Post Falls and enjoys racing motocross, playing video games, and watching movies in bed with his fur babies. He has a special connection with his pets and loves them more than anything. In the Fall, you may run into Bentlee at Scarywood, where he plays a zombie! In the spring, Bentlee hopes to start schooling to become a veterinary technician. He lives in Post Falls with his dog, Harlee, and his two cats, Ryder and Riglee. 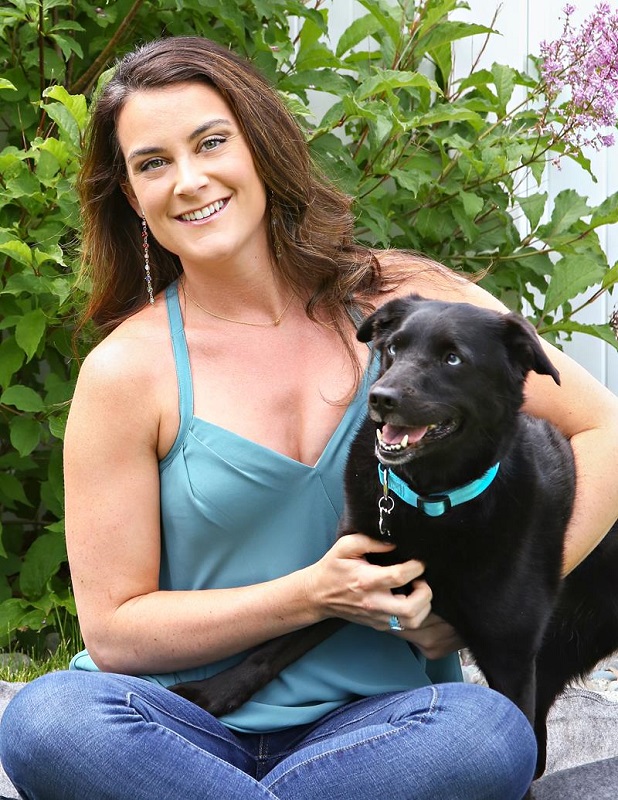 with a borrowed Harlee

Irene grew up in Memphis, TN. She and her husband, Tyler, have two fur babies Rosie (Rhodesian Ridgeback) and Kennedy (Toy Poodle). She grew up with dogs and is amazed by the comfort and companionship they offer. Irene enjoys binge-watching the Food Network and HGTV with her husband, hiking and exploring her new town. 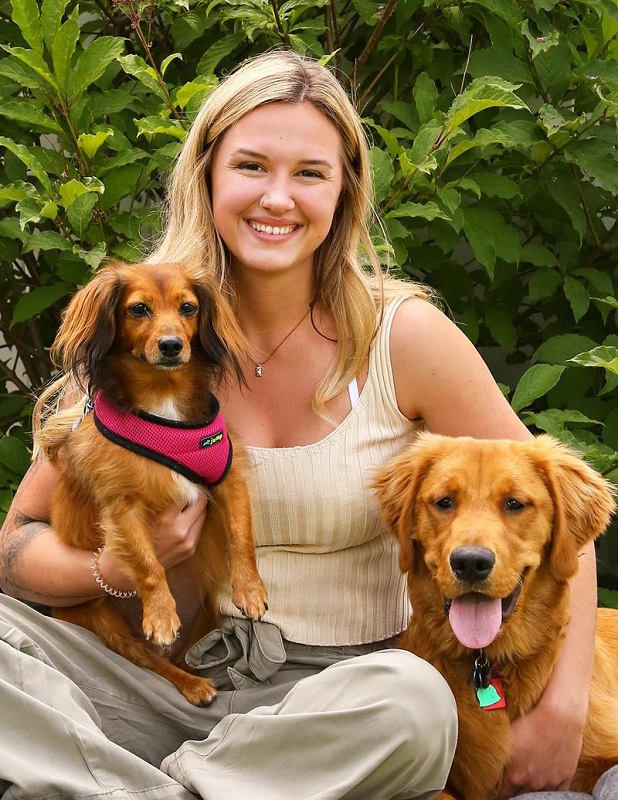 with Kona and Jager

Carli was born and raised in a small, one-stoplight town: Montesano, Washington. She has always had a love for the outdoors and creatures of all kinds. From a young age, she knew that she wanted to work with animals in one way or another, and she finally got her chance in 2016. Her first job in a veterinary hospital was Weston, Florida. For two years, she worked alongside a board-certified veterinary dentist. She is currently working as a veterinary assistant but has ambitions of becoming a Licensed Veterinary Technician in the years to come. One of Carli’s most favorite past-times is hiking with her two dogs, Jager and Kona. Carli also recently rescued a very sweet chubby kitty named Maizie. She also enjoys crafting, calligraphy, snowboarding, weight training, camping, and spending time with her family and friends. 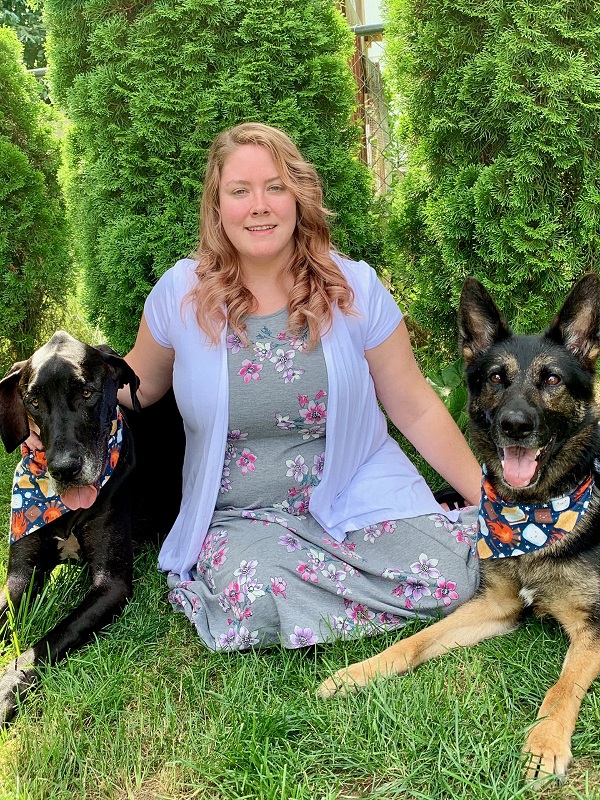 with Moses and Nyx

Colleen grew up on a cattle ranch in Naples, Idaho. As an adult, she served in the U.S. Navy. She received her degree in veterinary technology while living in Arizona. In 2016 she moved home to be closer to the trees and mountains she loves. Now living in Coeur d’Alene, she spends her time planning and working on her own “fixer-upper” house, hanging out with her fur babies, and generally causing trouble. 🙂 Colleen’s favorite part of veterinary medicine is constantly learning and problem-solving.